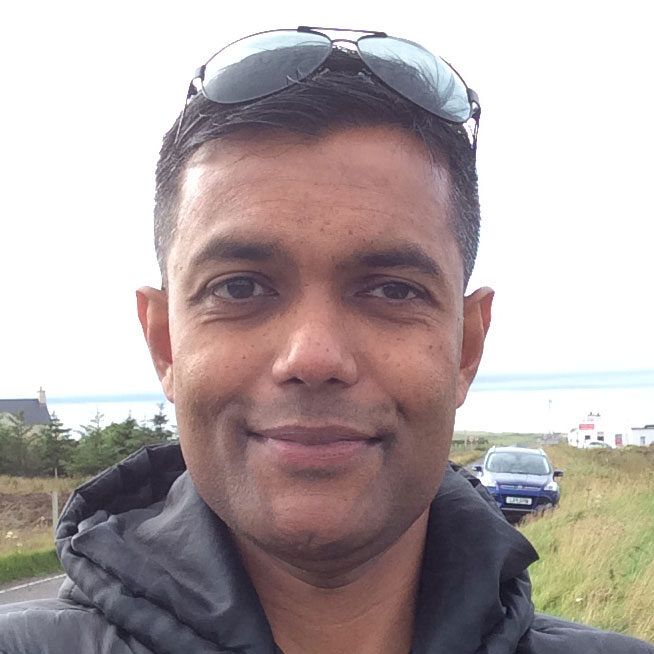 I think I should move to Westward Ho! Who wouldn’t want to live in a place that ends with an exclamation mark? I imagine it would be something of a conversation-starter wherever you went.

“So where is home?” people would ask after buying me a few rounds, usually at a pub called Horse and Radish, Cow and Pig or something similar. I tend to have that effect on people. They see the glint in my eye and the look on my face and immediately know this is a man worth buying a drink for.

“Westward Ho!” I would say, looking broodingly into my pint. “Aye, that’s where the hearth is!”

“Oh!” one from the crowd would say. “Which part of the country is that?”

“It is in Devon, my friend,” I would say, fixing the offender with a scathing look. “The only place that has an exclamation mark as part of its name in the whole of Britain.”

There would be a pause as my audience digested that information. I would stare some more at my drink. When I look up, someone would say excitedly. “Oooh! I know Westward Ho! I thought it was a book. Fancy!”

“It is a book, mate,” someone else would say. “A good one, too. My wife got a copy from the shop down the street and couldn’t stop talking about it for weeks. It is by someone called Hilary Kingsley.”

“Hilary Kingsley is the woman who wrote the book on Eastenders,” another would say. “Now that is a fine book!”

The first man would look disappointed and another would pipe in. “It must be Ben Kingsley — is it Ben Kingsley?”

“No, no,” the Eastenders man would say. “That’s the actor. The chap who played Gandhi. It must be Kingsley Amis. Now he was a writer.”

“Or Kingsley?” a youngster would offer eagerly, looking up from his phone. “You know the bloke who puts up stuff on YouTube all the time? He’s really cool!”

That wouldn’t go down well with us older folks and we would look at him witheringly till he disappeared into his phone. At this point, a cultured-looking man sitting in the corner would join the conversation.

This would bring the attention back to me and for the next few minutes I would revel them with scintillating facts about the village, with the cultured man nodding in agreement. The village was named after Charles Kingsley’s 1885 book, I would tell them. The book was called not just Westward Ho!, though, but — and here I would pause, not just for dramatic effect, but also to take a deep breath — Westward Ho! or the Voyages and Adventures of Sir Amyas Leigh, Knight of Burrough, in the County of Devon, in the reign of Her Most Glorious Majesty, Queen Elizabeth.

Having stunned my audience with the title, I would tell them how a bunch of developers decided to capitalise on the success of Westward Ho!, which featured the “delicious scenery of North Devon” near the “little white town of Bideford” (where Kingsley lived while he wrote WH!), and develop accommodation for the tourists who were pouring in. Thus came about a hotel on a 75-acre plot, with 33 luxury bedrooms. It was meant to be called the Royal Hotel, and the developers invited Kingsley to inaugurate it.

Kingsley refused. He believed, with some justification, I would say, that hotels and tourists would “spoil that beautiful place” and “defile” its pebble beach with “chicken bones and sandwich scraps”. I believe the developers had a hurried huddle at this point and came up with a plan. The hotel would be named Westward Ho! Hotel, exclamation mark and all, so would Kingsley please come and do the honours? According to the local historians at westwardwardho.history.co.uk, Kingsley “attended, took his cheque and it is said never came near the place again”.

“So Kingsley was a bit of an ass,” I would end my story. “But a village grew around the hotel and up into the hillside and Westward Ho! has been around ever since.”

“Is it nice?” someone would ask.

At this point, I would send the YouTube youngster to the bar to get me another drink — storytelling is thirsty work — and take my time answering that question. The truth is, Kingsley was right to have misgivings. The Westward Ho! Hotel has long gone (it was a non-starter right from the word go) and in its place has come up a tasteless row of apartments that “defile” what was once a rugged coast. And stretching along the beach, overlooking the South West Coast Path that cuts across the pier, you have a line of other concrete monstrosities — more than 1,800 holiday apartments at the very least — to cater to the approximately 4 million tourists that flood into the region every year. Westward Ho! is today a choice destination for holiday homeowners and a popular spot for surfers. But this popularity has come at a price.

The pier itself is unimaginatively built but still a nice sight in the mornings when the tide is in, with the waves gently chasing each other to the shore. But when it is out, you see Kingsley’s fears come true: the pebble beach has suffered much and what you see in the fading light of wintry evenings is untidy patches of seaweed scattered over a thin blanket of sand all disappearing into a bleak sea. But all this, I wouldn’t want my new friends to know, so I tell them a different truth.

“Nice? Of course it is nice! Why do you think Rudyard Kipling went to school here?”

The older folks would brighten up, and I would tell them how Kipling arrived at the United Services College at Westward Ho! in 1878 as a spotty, bespectacled schoolboy and how his experiences there formed the basis for his celebrated Stalky stories.

“And that’s not all,” I would say. “Did you know the place has the oldest golf course in England? And the second oldest ladies’ golf club in the world?”

Then I would present my final fact. “The most important thing about being a Westward Ho!ian,” I would say, “is that you automatically become member of a unique club. You become one of the few — one of the very few among 64.1 million Britons — who can lay claim to an exclamation in your postal code. Remember, there are only 2,011 of us — which makes each one of us very, very special.”

By now even the cultured man would be looking impressed and I would drink up, patting myself on the back for a job well done. Just as I head for the door, the YouTube youngster would ask:

“So there is no other place like Westward Ho!? I mean, with an exclamation and all?”

“None. Unless you go to Quebec and live in Saint-Louis-du-Ha! Ha!”

With that wisdom imparted, I would calmly step out into the dark. The night would be cold, but for me, the voyager from the rugged Devon coast along a screaming sea, the howl of the wind and the slap of the rain would be nothing more than summer spray.

Next article
Like Actually
Sometimes we speak a lot many words but it’s not the words that speak our meaning.